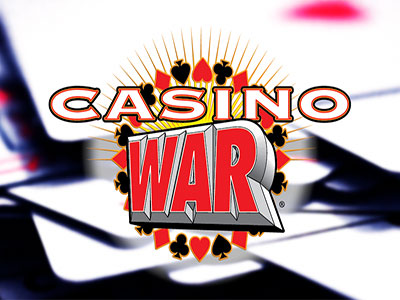 Casino War and Red Dog are two card games at Microgaming online casinos that are not much played. But they are fast paced games that are useful in unwinding from a bout of serious wagering. The optimum strategy is simple and it is easy to attain reasonably high average returns. You can play these games at 32Red, Casino Mate and Royal Vegas.

In Red Dog the suits have no relevance and aces are ranked the highest. After the ante bet two cards are dealt face up. If the cards are of consecutive ranks then the bet pushes. If the cards are of the same rank then a third card is dealt. If this card matches the other two you are paid 11 to 1, otherwise the bet pushes. If the two cards are neither consecutive nor equal then the spread is announced. This is the number of values in between the cards. You have the option of increasing the bet up to the amount of the original wager. If the third card lies in between then you win according to the payout table, otherwise you lose. The maximum payout is 5 to 1 for a spread of 1. The optimum strategy is to raise only when the spread is 7 or more and then raise to the maximum allowed. The average return in Red Dog is also just above 97%.