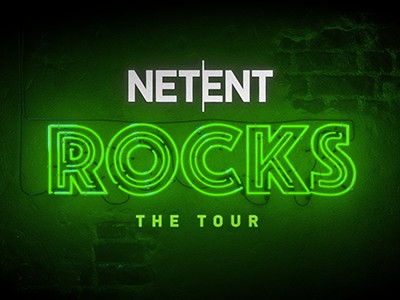 Rock music fans can combine this interest with online casino gaming through branded online pokies. There are quite a few music themed branded pokies at Australian online casino. On top of anyone’s list would be the NetEnt Rocks trilogy. These pokies bring alive three of the biggest names in rock music. Guns N’ Roses, Jimi Hendrix and Motorhead were released in 2016 to mark 20 years of NetEnt in the online casino industry. You can play them at online casinos like LeoVegas.

The series began with Guns N’ Roses and it immediately set the bar very high, winning industry awards. It has been developed under license from Bravado International Group. Music fans can select from Guns N’ Roses super hits for the background music. The structure is the standard 5×3 with 20 fixed paylines. The high paying symbols include band members Axl Rose and Slash. The game logo is an expanding wild symbol. The Encore Free Spins feature awards 10 free spins with a band member appearing as an extra stacked wild symbol. In the Crowd Pleaser Bonus Game on the second screen you pick musical instruments for prizes like bonus coins, free spins, additional picks and multipliers.

This was followed by Jimi Hendrix online pokie. It has the same slots structure. Jimi Hendrix is associated with psychedelic experience and this is created by the colourful graphics on the reels. The gaming features in this branded slot are based on Jimi Hendrix songs. The Red Guitar feature keeps awarding re-spins till the red guitar symbol fails to show up on the reels. The Pick and Click feature asks you to select from three free spins sets, each of which is named after a classic Hendrix song. Crosstown Traffic awards 6 free spins with shifting wild reels. Purple Haze awards up to 12 free spins with the playing card icons becoming wilds. Little Wing awards up to 12 free spins with overlay wilds.

The series ends with Motorhead. Fans of this group should activate the Rock Mode and listen to the strident music play in the background. The usual rows running across the reels are not there and there are different numbers of symbols on each reel. The unusual structure leads to 76 fixed paylines. The high paying symbols are Lemmy the group leader, Ace of Spades the Motorhead hit and the Snaggletooth belt buckle. All symbols appear stacked on the reels. There is a mystery symbol that appears in clusters and changes to the same symbol. The scatter symbols trigger 10 free spins.