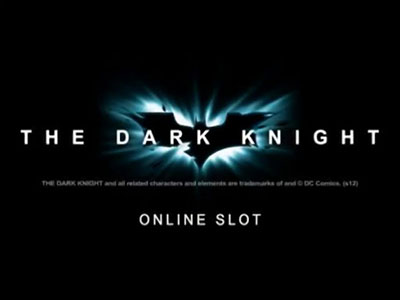 High quality graphics and animations make this branded pokie come alive. Characters from the movie appear as the high paying symbols. Batman is easily recognised. Then there are Bane the arch villain, Commissioner Gordon, John Blake the Gotham cop, Catwoman and Miranda Tate. The low paying symbols are the usual playing card icons. The game logo, featuring the Batman logo, is the wild symbol. It also awards the top line payouts. Players who have seen the movie will recognise the scatter symbol as the time bomb that featured in the climax of the movie. Two or more of these appearing in any position on the reels award payouts multiplied by the total bet. Three or more trigger the free spins feature. The free spins cannot be retriggered.

What will excite players are the new innovative features introduced by Microgaming in The Dark Knight Rises. The Symbol Scramble feature can be activated randomly after any winless spin in the base game. All the symbols on the reels move to different positions so as to create the best possible winning combination. The Free Spins Accumulator is triggered in the same manner. Every time the feature is triggered, Batman and Bane fight it out to award you a random number of free spins and multiplier value. These are added to the base value in the accumulator. When the free spins feature is triggered you get to play it at the values in the accumulator. But first you have to choose between the Bane Free Spins and the Batman free spins.

The Bane Free Spins come with the trademark Rolling Reels feature, which is now a part of many Microgaming pokies. The other is the Super Stacked Wilds feature that is unlocked when the Free Spins feature has been triggered 10 times. The wild symbol creates a wild stack when appearing on reels 2 and 4. The Batman Free Spins have the Extra Wild Blast feature, where you choose an extra wild symbol. The Heat Seeking Wilds feature is unlocked once you trigger the Free Spins feature 10 times. Random symbols on the three middle reels are transformed into wilds which can split in two. This gives longer winning combinations.