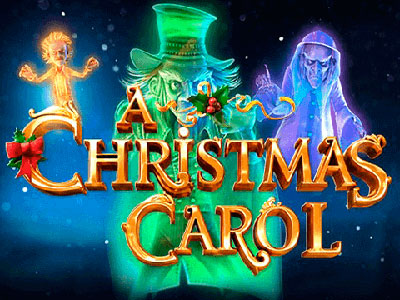 Playing online pokies can mesh with any other interest, be it sports, music or gastronomy. There is plenty for hard core literature fans as well, with a number of leading classics being the basis for some fantastic online pokies. This article recommends two such video pokies from Betsoft that can be played at Australian online casinos like Casino Mate and House of Jack. Betsoft pokies have 3D graphics and fantastic win animations which make the tale come alive on the reels.

A Christmas Carol on the Charles Dickens novel. The miserly Ebenezer Scrooge is visited by some ghosts one Christmas Eve and becomes a cheerful and philanthropic person. The turkey is the wild symbol and it awards the top line payouts as well. The other high paying symbols are Scrooge, bell, gold coins, gifts and bank. The low paying symbols are the playing card icons crafted in silver. The Ghosts of Christmas trigger the bonus features. The Ghost of Christmas Past awards up to 12 free spins. Each free spin guarantees a payout or an additional feature. The Ghost of Christmas Future triggers a similar free spins feature. Three or more Ghost of Christmas Present symbols anywhere on the reels result in these symbols becoming additional wilds. Payouts are awarded after this. A Christmas Carol online pokie has the standard 5×3 structure with 25 paylines. The maximum total bet per spin is AU$125. The online pokie has an optional Double Up feature that can be activated after any winning spin.

Dr Jekyll and Mr Hyde is a novel by Robert Louis Stevenson about the good doctor transforming into the evil monster at night. . It is a 3D video slot from Betsoft that is live at Bovada Casino. Both Jekyll and Hyde are the highest paying symbols. The game logo is a wild symbol, but substitutes only for Jekyll and Hyde. The other symbols are taken from the novel and include policeman, Dr Jekyll’s lab journal and newspaper reporting Hyde’s misdeeds. The red potion and Jekyll symbols together randomly rearrange all symbols on the reels. The new layout again awards payouts. The blue potion and Hyde symbols together award a payout of up to 20 times the bet. When the red potion fills up the meter the free spins are triggered. These run till the blue potion meter gets full. The Frenzy Bonus is triggered by the Jekyll, Hyde and game logo symbols and is a thematic game played on the second screen. Help Hyde to dodge the cops in the backstreets of London.