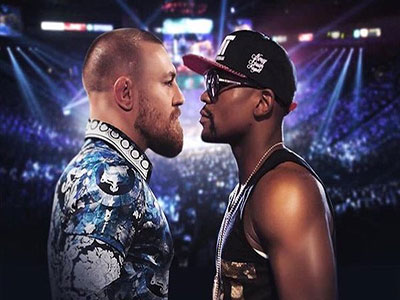 If you are a boxing fanatic then you would probably give an arm and a leg to watch The Money Fight live. This is the contest between Floyd Mayweather Jr, the undefeated eleven-time professional boxing world champion, and Conor McGregor, the current UFC Lightweight Champion. It is scheduled to take place on August 26 at the T-Mobile Arena in Paradise, Nevada. The lowest priced tickets available cost US$3,500. You need not fork out that amount, at least not immediately. You can participate in the Battle of the Bosses online promotion at Bgo online casino. If you win, then you bag a luxury trip to Vegas to witness one of the most hyped fights in recent times. If you do not win, then the other option is always available.

The full prize package includes a trip for two to Las Vegas with return flights, four nights’ accommodation at the 5-Star Wynn Las Vegas hotel, reserved seating for the fight and $500 cash spending money. In order to offset the disappointment of not winning the first prize, Bgo online casino is offering runners up prizes to players in the 2nd to the 50th totalling in value to $7,500. There are branded electronic products like notebooks, smartphones, TV sets and more from Apple, Samsung and Amazon, live streaming of the fight on pay per view basis and three daily cash prizes of $100, $50 and $25.

The Battle of the Bosses prize draw promotion has already begun on Thursday July 27. Players are earning prize draw tickets in large numbers. Remember, the more tickets you have for the prize draw, the greater will your chance be of taking the flight to Sin City. You can collect unlimited tickets into the draw. The online promotion ends on Sunday August 13. You first have to opt in from the web site of Bgo online casino. Then for every AU$50 that you wager in real money on the eligible games during the promotion period, you will earn one ticket to the daily and final prize draws. Wagers from bonus funds will not count. The final draw will take place on Monday August 14. Bgo online casino is powered by software from Playtech and is licensed by the Alderney Gambling Control Commission. The perfect online pokie for earning tickets is Rocky, which is based on the movies starring Sylvester Stallone. In these movies Rocky is a boxing sensation, who takes on one adversary after another.